On May 10, Season 13 of Apex Legends came out with changes to the Storm Point map, Ranked Reloaded, and Newcastle as the Heroic Defender.

But once a new season starts, it’s time to think about what’s next, and players are already guessing what Respawn has planned for the future.

So, let’s look at what we know about Season 13 of Apex Legends and when we can expect it to go live.

Season 14 of Apex Legends is expected to begin on August 8, 2022, which is exactly three months after the Saviors came to the Outlands. As long as Respawn stays on schedule, this will be the case. But some seasons, like Season 3, have gone on longer because they were put off.

On May 10, Saviors came out, and as usual, it came with a new Seasonal Battle Pass. This reward track had a countdown timer in days that showed how long the season is supposed to last.

Season 14 could come a few days before or after this date, but at least we know to look for the new Legend, Battle Pass, and content in early to mid-August.

What is coming in Apex Legends Season 14?

Since Season 13 just came out, the developers are keeping quiet about what will be in the next big update.

There’s no doubt that over the next few months, hints, leaks, and rumours will come out, and we’ll make sure to update this article as soon as anything new comes out.

Who is Vantage in Apex Legends? Leaked Legend abilities and rumors

Respawn adds a new character to the ever-growing Apex Legends roster with every seasonal update, and Season 14 will be no different.

This is usually done by digging through the game files, but sometimes an insider will get access to the developer’s version of the game, which gives them a lot of content to show.

Well, that’s exactly what happened in March, when Vantage the Survival Sniper and eight other Legends that hadn’t been released yet were shown to the public.

Who is Vantage in Apex Legends? 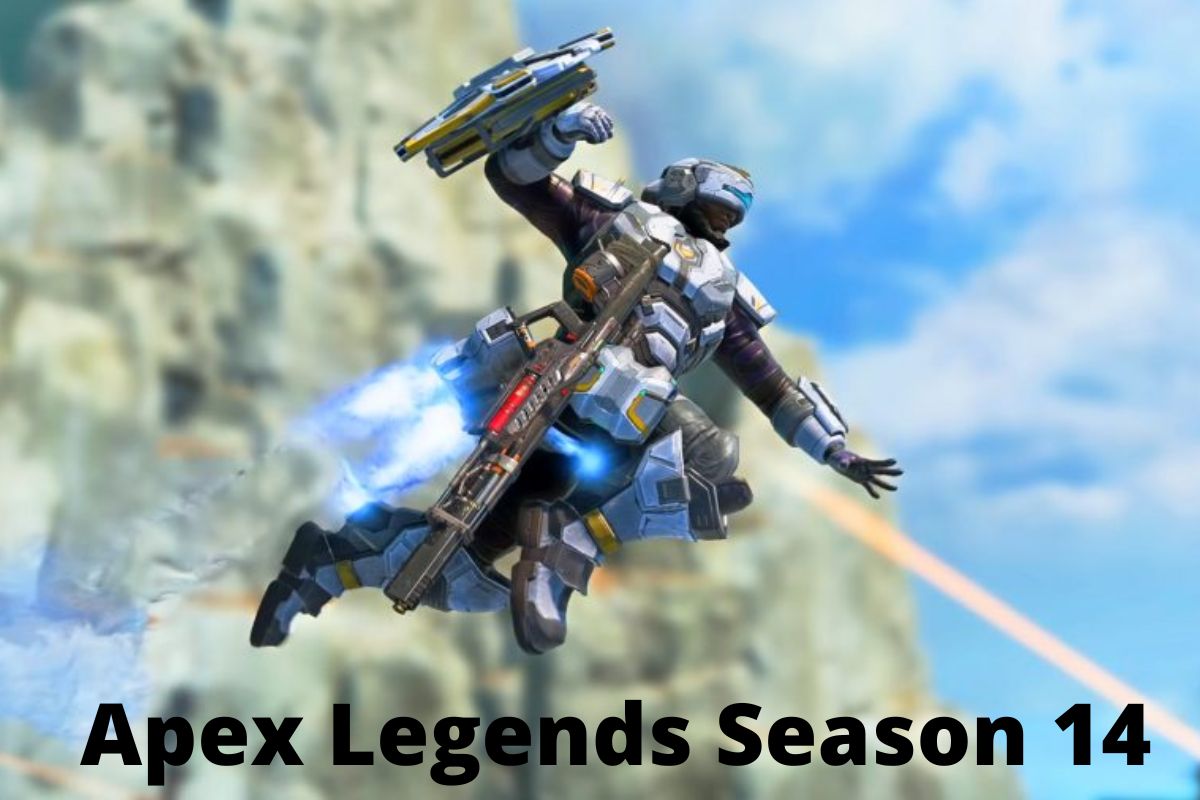 When it comes to lore, we know nothing about Vantage because no other characters have ever talked about them.

But at first, there were hints that the Legend was called Hawk, but in March, it looked like Respawn changed their name to Vantage.

Even so, it’s important to remember that they’re still in development, so Vantage might not be their final name. Respawn often uses placeholder titles before a game comes out.

When it comes to how Vantage plays, the big leak that was posted to the ApexUncovered subreddit in March showed off all of his abilities.

It’s worth noting that the abilities and animations in the clip could have changed since it was recorded. It’s even possible that some of them have been removed, so take the leak with a grain of salt.

Vantage is a long-range specialist with a custom sniper rifle that helps their teammates do more damage.

You can check out a full detailed description of their abilities below:

Will Vantage be added in Season 14 of Apex Legends?

Even though Season 13 of Apex Legends isn’t over yet, ThordanSmash, a trusted leaker and YouTuber, says that Vantage will be added in Season 14.

A new Apex Legends leak says that Vantage will be the new legend added in Season 14, and that players will meet a dangerous Goliath on Storm Point during a “safari” event.

Season 14 of Apex Legends doesn’t start for a little over two months, but that hasn’t stopped players and leakers from trying to find out more about it.

After a huge leak revealed a new map and a lot of the legends that Respawn has been working on for the past few months, players have a lot to think about.

Some people thought that Catalyst or Jester might come in Season 14, but it looks like Vantage will be next. They won’t be alone, though, because it looks like Respawn is using some of the backstory they’ve already set up for Bloodhound with the arrival of a dangerous enemy.

On June 5, Apex Legends YouTuber ThordanSmash said that Vantage will be the next legend to join the Apex Games, with her sniper kit that we’ve seen in other leaks.

The YouTuber also said that Vantage will be involved in a Safari hunting event on Storm Point, where players will meet a Goliath face to face. Bloodhound’s Tales from the Outlands video showed these Goliaths in Apex before.

The huge beast will probably roam around the Forbidden Zone, which some players call Jurassic Park because of the fence and the animals that live there. Players with red armour are said to be able to kill it with two shots. So, you shouldn’t mess with them.

Even though the YouTuber has gotten good information about upcoming changes in the past, nothing is confirmed until Respawn says so.

As was already said, Season 14 will start in early August, and it will be a few weeks before we even get teasers for it. So, all we can do is wait and see what happens.