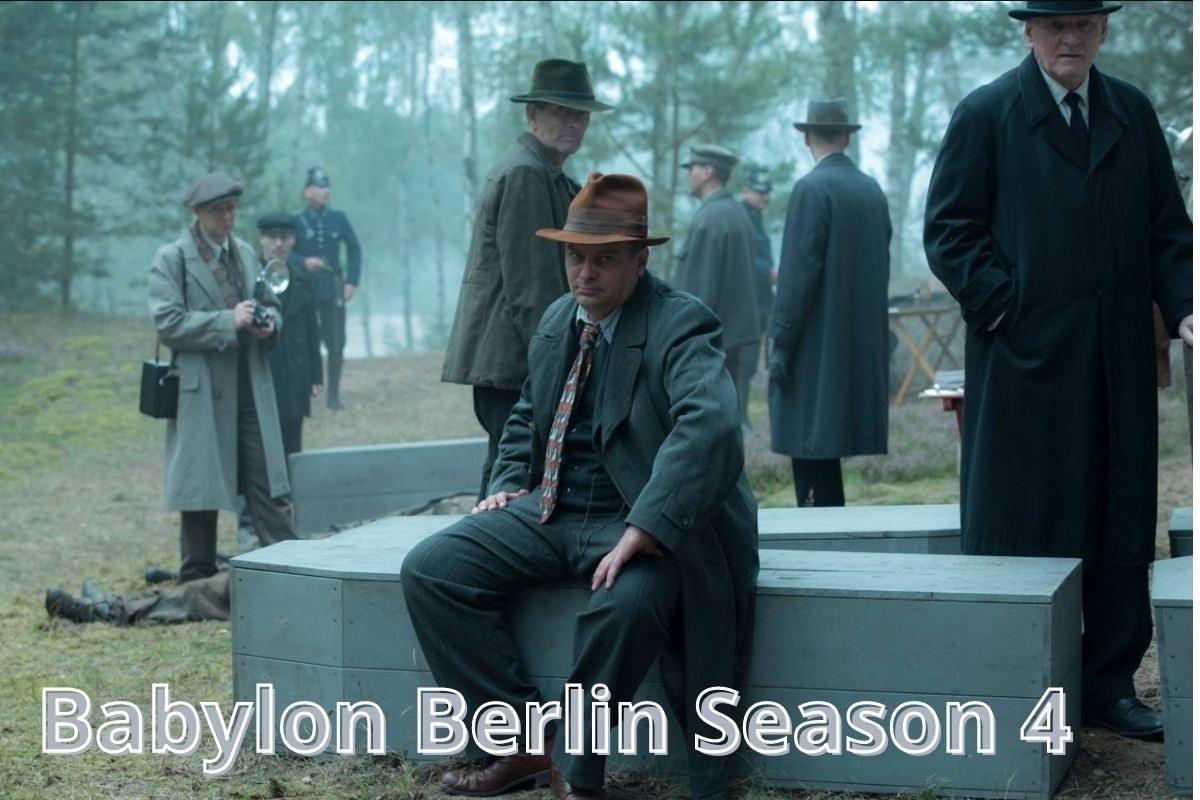 Neo-noir television series Babylon Berlin, based in Berlin, is returning for a fourth season in 2022. Tom Tykwer, Achim von Borries, and Hendrik Handloegten created, scripted, and directed this film based on Volker Kutscher’s writings.

The story begins in 1929 in Berlin during the Weimar Republic’s dying years. As a Cologne cop on the trail of an extortion gang, Gereon Rath is joined by Charlotte Ritter, a police officer by day and a flapper by night.
A German-language entertainment channel, Sky 1, aired the series premiere on October 13th, 2017. The first season contained sixteen episodes, the first eight being Season 1 and the second eight being Season 2.

When Will Babylon Berlin Season 4 Be Released?

Babylon Berlin is expected to air on Netflix in 2022, however, neither Netflix nor the show’s production company, Filmgesichter, have confirmed this. Season 3 was filmed over six months, from November 2018 to May 2019, according to actor Volker Bruch.

Sky 1 released the third season on January 24, 2020, a month before Netflix. The production of Season 3 lasted 14 months before it debuted on Sky.
The fact that Season 4 is already in the works is fantastic news for the show’s many followers. In January 2021, Filmgesichter put out a request for 2,000 extras for the forthcoming season. According to the casting request, filming for Season 4 will begin “in the spring.”

Filming was still going on as of May 4th, according to The Hollywood Reporter. It’s safe to assume that season 4 will premiere in the summer of 2022 if production proceeds according to plan.

Who Is in the Babylon Berlin Season 4 Cast?

As of this writing, only one new cast member has joined “Babylon Berlin” for its fourth season. It looks like Mark Ivanir will be a regular cast member on the show. This is just a small taste of what he’s done on TV and in movies: Homeland, Transparent, and The New Pope, as well as “The Terminal,” “Get Smart,” and other shows and movies, are just a few.
Because he’s the only big newcomer to the roster, we expect Ivanir to be the new bad guy in Season 4. To learn more about the plot, have a look at the plot summary shown below.

The actors who portray Gereon and Charlotte, Volker Bruch and Liv Lisa Fries, are almost expected to return. Aside from that, several of the show’s regular cast members are likely to return.

After being thought murdered during World War I, Gereon’s long-lost brother Anno makes a triumphant return in Season 3. After the war, Gereon and Anno’s wife Helga Rath began dating and faced the consequences.

Hannah Herzsprung and Jens Harzer, who play Anno and Helga, will surely return. The Armenian, the nightclub owner in charge of Berlin’s criminal underworld, is likely to return in Season 4 as played by Miel Matievi. Ronald Zehrfeld will very definitely resume his role as the Armenian’s coworker, Walter Weintraub.

What Will the Fourth Season of Babylon Berlin Be About?

Start with the end of Season 3. The season ended in 1929 with the collapse of the global financial system. Gereon resorted to a lot of morphine to get himself out of trouble. Even if the following season is set in 1931, Gereon is sure to be addicted to opiates, even if the show is set there.

Because Gereon and Charlotte eventually shared a kiss at the end of Season 3, they’ll be prominent characters in Season 4. “Express” chatted to co-creator Henk Handloegten, and he assured him that the show’s storyline was going to keep going in season 4.

Season 4’s criminal tale will be based on Volker Kutscher’s “Goldstein,” his third “Babylon Berlin” book.

Gereon looks at a hypothetical American mobster called Abraham Goldstein who moves to Berlin and wants to take over the city’s criminal underworld (FBI) (FBI).

Season 4 may make use of “The Fatherland Files,” Kutscher’s fourth “Babylon Berlin” novel. Other sources are also likely to be used.

Gereon’s job is to check into a suspicious murder that might be linked to the Nazi party. However, Gereon and Charlotte’s relationship with the Nazi Party will deepen regardless of whether or not “The Fatherland Files” is adapted for Season 4.