When you hear the phrase “Big Ten Championship Game,” you might assume it’s unambiguous. However, what about this calendar year? Oh, we’ve got a few issues this year.

We’re all against using the word “big” to characterize this year’s conference season. Adding the number “ten” to a league with 12 teams and rising is a weird choice. This isn’t a true championship, either, because the Big Ten’s best record isn’t taking part.

The word “Game” is about the only one in there that isn’t offensive. Football is the sport. It’s going to happen. “Game” is all we can say about it.
This year’s “Game” has not been well received by the public, as seen by the weak performance of the film. As of this writing, Nebraska has sold less than half of its allowed 15,000 tickets. That’s not so bad until you consider that Wisconsin only sold half as much as Nebraska, according to the Wisconsin State Journal.

In other words, we’re likely to see a few extra-spotty areas of fans in Indianapolis.

Ohio State’s unbeaten record and home-field advantage make this a one-of-a-kind scenario. In an interview with ESPN.com, OSU’s ineligibility is hurting ticket sales, according to Jim Delany. He may be right.

However, Jim Delany accidentally pointed out a bigger fault in the Big Ten Championship Game in the ESPN.com piece:

Is that what you meant? As a first-year novelty, Big Ten’s championship game was not sold out last year, even in a Big Ten stadium considered to be one of the most sparsely-populated (you know, if the Colts joined or something). And now it’s not even close this year.

Now, there won’t be a 7-5 team competing for the championship next year. In any case, it’s better not. In addition, ticket sales should be high if Ohio State is in the lineup. Big Ten’s doing it wrong if it takes a unique combination of circumstances to sell out the championship game.

There is an easy solution: Don’t attend the game at a neutral location.

Make this game a home game for the team with the best record in their division against the other. A tiebreaker would be necessary if the two teams had identical records and didn’t play each other that year. They will, however, have a loss on their record unless they are both undefeated. Once you’ve reached that point, it’s simple to create tiebreakers based on your defeats.

Two Big Ten teams with a perfect record of 12-0? It’s like the speedometer on an ancient Saab going up to 140 miles per hour. The Big Ten should have prepared for that contingency. Who are you playing at?

This year’s Big Ten football games sold out without a hitch, however. Nebraska. Wisconsin. The Buckeyes. Michigan. Or anyone who was in the fight for the Big Ten title down the line (other than Northwestern).

It’s a real shame that game tickets aren’t selling faster for this weekend. I attended the Big Ten Championship for the first time. It was a lot of fun and was well-run. I never heard any unfavorable remarks about how it all went—and the game was amazing too.

I’m not going to slam Indy, Lucas Oil Stadium, or the Big Ten for that. Honestly, it’s a worthwhile investment of your time. You ought to do so.

The Big Ten, on the other hand, should consider playing home games instead, as Indianapolis isn’t drawing the crowds necessary to make it a yearly success. Fans are already saving up for a costly trip to the Rose Bowl; do them a favor and allow them to watch the championship game from home. 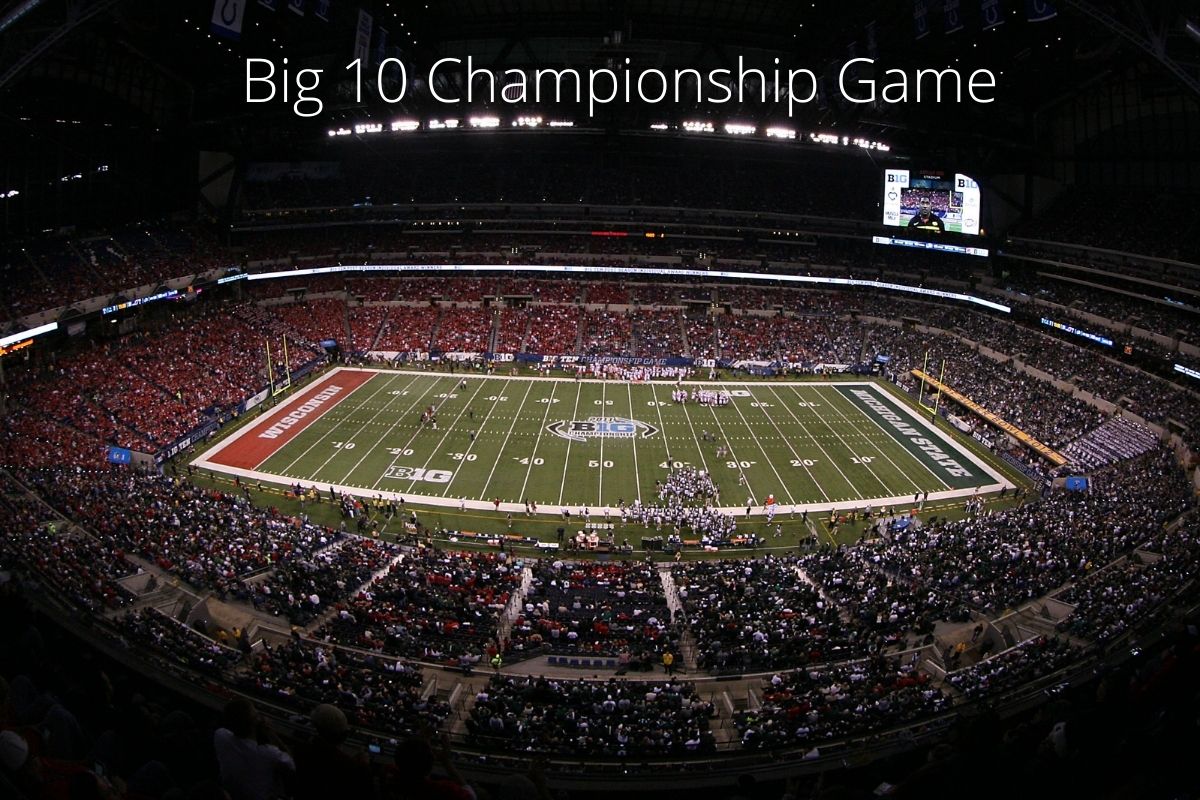 As a result, this will be the most exciting Big Ten contest yet. Fan excitement is always heightened by the presence of Consequences (see: regular baseball crowds and playoff baseball crowds). One of the teams will be able to keep costs down without having to give them up completely to the other.

Fans who can’t afford to travel between Thanksgiving and Christmas but can still purchase a football ticket or two would greatly benefit from this policy. TV audiences will continue to be captivated by this story.

In that case, just tell Indianapolis it’s not working out and give the top team in the league a bone every year. It’ll all work out in the end.