On Tuesday night, the Cubs faced the White Sox at Wrigley Field amid unfavorable weather circumstances. Even though it was windy (23 miles per hour straight in from the left-field), it was cold (about 40 degrees Fahrenheit) and misty throughout the whole game.

What was the point of playing on Tuesday night?

MLB reached the final decision after consulting with both teams, according to sources. There was no risk of player injury because the playing field at Wrigley Field was in good condition, and the mist was light enough to play through. The umpires had complete control of the game once it had begun.

A doubleheader on Wednesday is a long and exhausting day for the bullpen, therefore neither team wanted to play it. Splitting the game into two halves would have made it even longer.

Thursday is a designated rest day for both teams. Following back-to-back postponements, the Red Sox played their 15th game in 15 days on Wednesday, dating back to their doubleheader against the Cleveland Guardians on April 20. Preparing for a vacation to Boston, they needed some time to relax.

So, yes, I understand it to a certain level. The Sox wanted to protect their off day before they travel to Boston, likely this evening. ( However, Monday was a day off for both teams.

After the White Sox defeated the Cubs 3-1, Tony La Russa was the first to enter the visiting manager’s office at Wrigley Field and blow some warm air into his hands. For La Russa, it wasn’t quite in the Top Five Worst Games Ever Experienced, but it was definitely in the Top 10.

In the words of La Russa, “it was unrelenting, dude. “It didn’t stop.”

The nighttime lows in the 40s were accompanied by a steady drizzle, making for unplayable conditions. Tim Anderson has played a lot of baseballs, but he’s still far below La Russa in terms of experience, so the weather was particularly unpleasant for him.

A rough weather game for Anderson is “certainly up there as one of the hardest I’ve played in,” according to the player.

As Gavin Sheets lamented before the game, “We can’t catch a break with this weather right now.”. “But in Chicago, that’s just how baseball is. It’s up to you to accept and enjoy the situation. All you can do is that.

So, perhaps the Sox should have agreed to a reschedule of the game. (Though the outlook for this afternoon isn’t much better.)

Again, being charitable, the spring weather in Chicago has been atrociously horrible. There are worse ways to say this. If you’re curious about what’s been going on in Chicago this spring, you can read my post-game review from Wednesday’s game for more information.

Friday will be a cloudy day in Chicago, according to the National Weather Service.

After 10 a.m. Friday, a chance of showers and thunderstorms. Nearly 50 degrees. With a northeast wind of 15 to 20 mph and gusts up to 25 mph, it’s going to be a windy day. There is a 90% chance of rain. Between a quarter and half, an inch of rain could fall in the next few days.

Showers are expected to begin after 10 p.m. on Friday. The temperature is expected to fall to around 46 degrees. A north northeast wind of 15 to 20 mph with gusts as high as 30 mph will make things breezy today. There is an 80% chance of rain.

Weather.com’s forecast model for the Wrigley region agrees with the NWS and predicts temperatures in the upper 40s, stinging winds, and rain for the majority of the day and evening.

Two games in the same conditions within four days is unacceptable. No one should, in all seriousness. 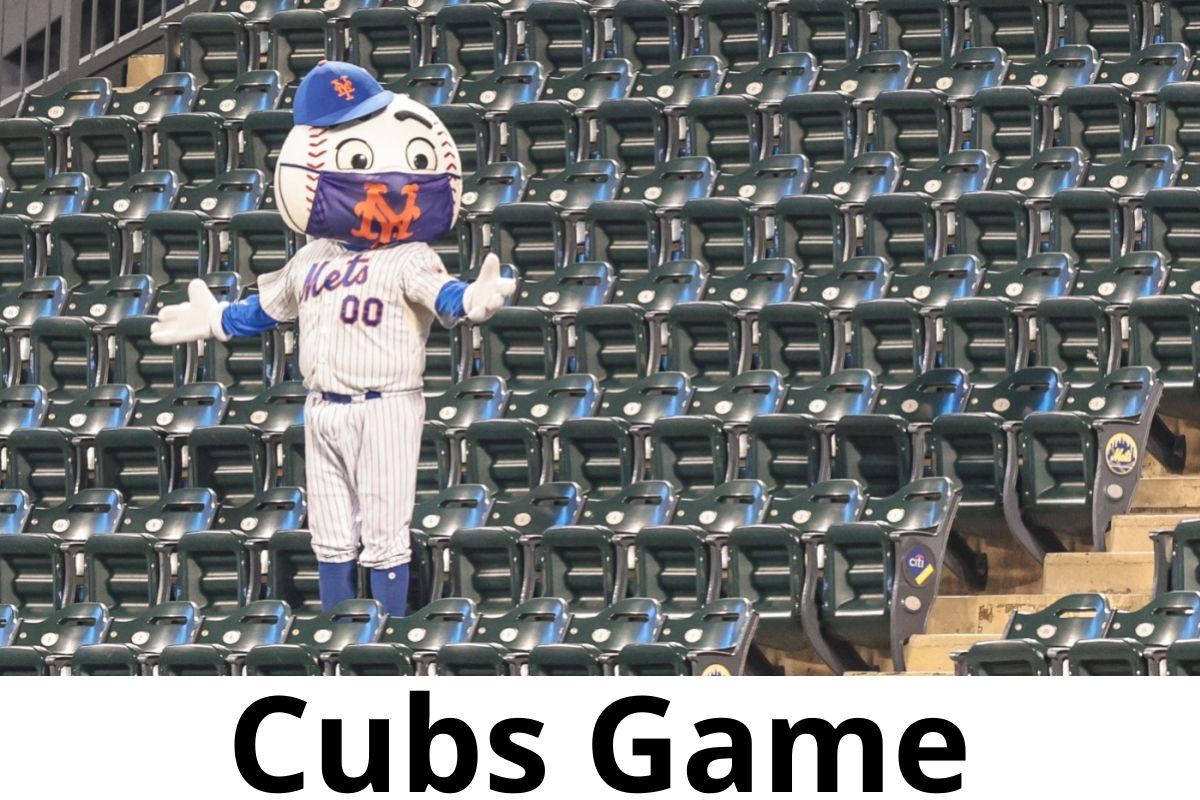 As a result, I’m pleading with the Cubs to announce a postponement of Friday’s game as soon as possible, perhaps this afternoon, Thursday. L.A. will be in town for at least Sunday night when the Dodgers take on the Cubs on ESPN’s Sunday Night Baseball.

A split doubleheader on Sunday, with the first game starting at noon CT and ESPN’s game starting at 6:08 p.m. CT, could make up for the loss. Sunday is expected to be gloomy, with temperatures in the 60s, but there will be no rain. That’s appropriate for early May baseball.

As someone who despises doubleheaders, I can say this with confidence. Then then, I think this is the best option for me.

That’s because players will know ahead of time that they won’t have to show up for Friday’s game. That way, gameday staff wouldn’t have to show up to Wrigley Field after they’d already driven there to observe the game being called.

For the sake of fans who might be able to rearrange their schedules to attend a Sunday makeup game or, if they can’t, resell their tickets, it would be considerate. On Sunday, the Cubs may even be able to sell more tickets and bring in more fans.