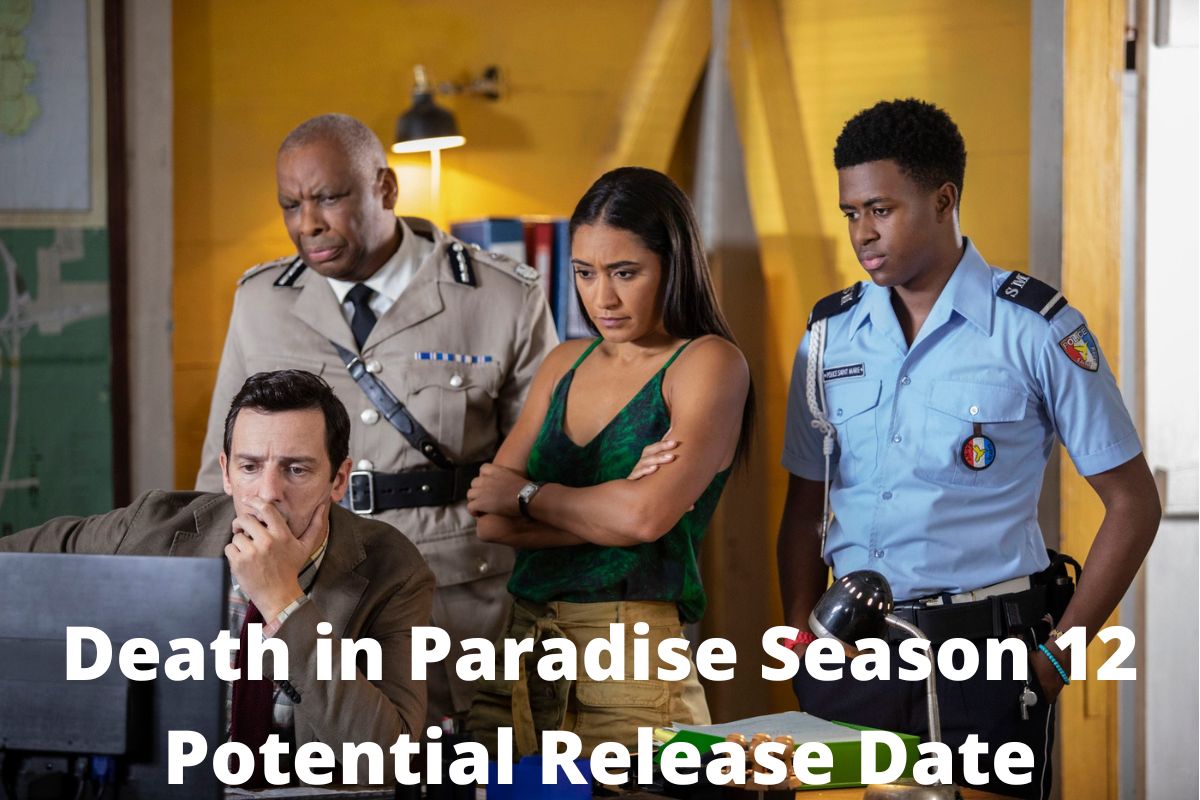 In season 11 of Death in Paradise, the detective team that fans have come to know and love went through a few changes. When DS Florence Cassell, played by Joséphine Jobert, left, the “will they or won’t they” story between her and Neville Parker came to an end (Ralf Little).

Sergeant Naomi Thomas (Shantol Jackson), the newest member of the team, has now taken over as DS because she has shown that she is just what Neville and the team need.

Darlene Curtis, played by Ginny Holder, has also come back to the team as a volunteer police officer. The last time Holder’s character appeared on the show was in 2018.

Fans will be happy to hear that Death in Paradise season 12 has already been approved by the BBC. The series was ordered in 2021, at the same time as the 11th.

Tim Key, who is in charge of the show, said in a press release: “We are very proud of series ten and excited to go back to Saint Marie to keep the story going. Despite the odds, our amazing cast and crew have done a great job this year, and we can’t wait to get back to work. We have big plans for the future, and there are a lot of surprises in store.”

The head of BBC commissioning, Tommy Bulfin, also said: “We’re proud of Death in Paradise, and we know that it’s popular with viewers because it gives them a chance to get away for a while and has interesting whodunits and satisfying plot twists. We hope people enjoy the tenth-anniversary series, which starts tonight. Series 11 and 12 also have a lot to look forward to.”

The show usually shoots for a few months out of the year, but they haven’t started yet. The actor who plays Commissioner Selwyn Patterson on the show, Don Warrington, talked about when they might return.

In Radio Times, he said: “We’re still in England, and the trip hasn’t begun yet. I think we’ll start in May. So I have no idea what we’ll do when we get there.”

Even though it’s already May, there’s still no word on whether or not filming for season 12 has begun. If work starts soon, we hope to see the next season by the beginning of 2023.

We know that season 11 was the last time we’ll see Josephine’s Florence. Josephine said goodbye to fans and her character on Twitter by writing, “Well, that’s it. Here we are. This is a huge change for Florence. Some of you had already known this was going to happen for a long time. So, many thanks. You guys are the real sleuths. Come to Saint Marie and fill in for me. You would certainly do a great job.”

She also said, “When I left after the eighth season, I thought it was for good. Then I was asked if I wanted to come back, and I said yes, even though I knew it wouldn’t last forever.

“I thought it was important to go with Florence to the end of her journey and make sure she was okay. Now it’s finished. I know it’s weird to say, but I know she’s fine and she’s going to move on, so I can say goodbye and let her go. It’s like turning a beautiful page.”

She told her fans, cast, and crew, “Over the past few years, I’ve learned a lot and met some wonderful people. It was a great adventure that I will never forget. So, I want to say thank you to everyone who believed in me and gave me the chance to be on the show. 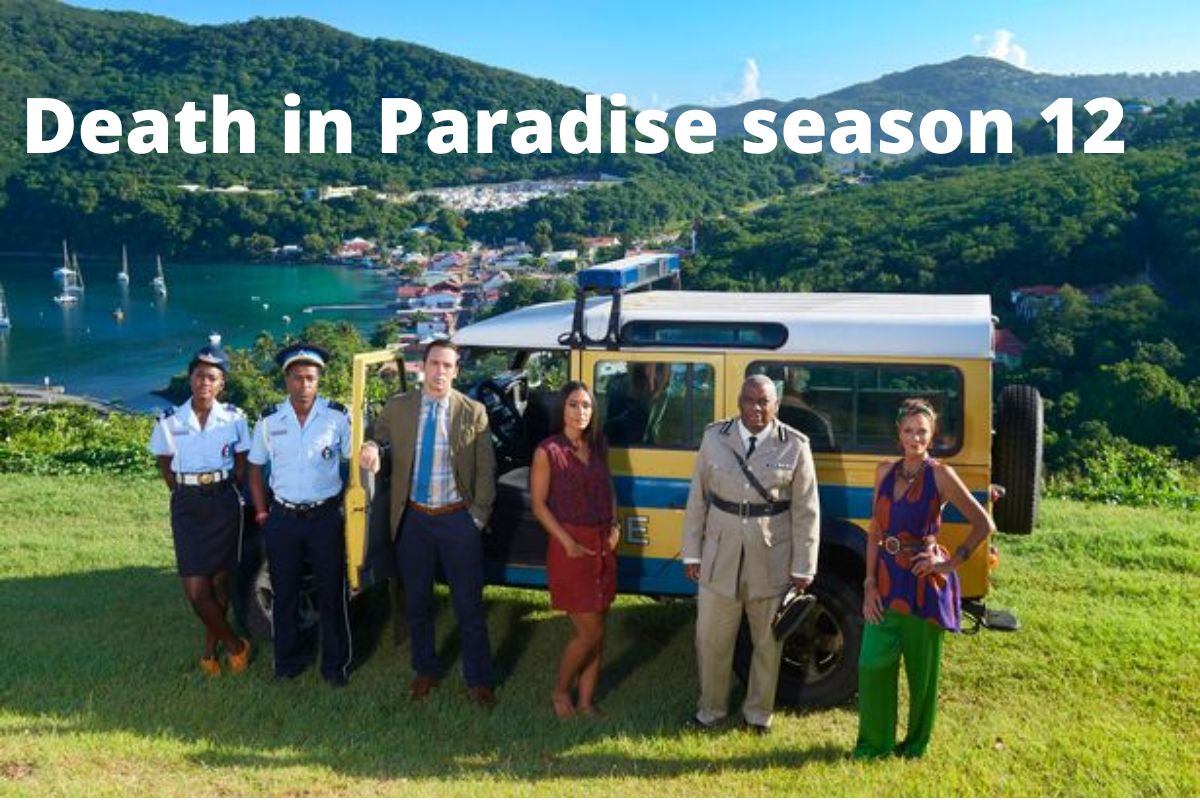 “Thank you for all the love and support you’ve given me from the very first day. It’s very important. I love you. Be careful. Death in Paradise, long live!”

Those who wanted her to come back might be sad about what she said, but who knows? She might come back for a guest spot or two in the future. Here’s to keeping hope alive.

Little wants that to happen for sure.

“Josie’s a touch of class, a wonderful actor, charming, and wonderful in the role,” the actor said, according to Hello!. “I hope people liked my time at the helm of this show, but I think I was very lucky to have Josie and for Neville to have that relationship with Florence.”

“I think the audience liked them both together, which made it easier for me to try to be someone the audience liked. I was really sad when she left, and if she wants to come back for a reunion episode, that would be great.”

Robert would be open to a reunion, but it might not happen in season 12 (Hello! o).

“It was such a nice show! They told me, “We’re not going to kill you because you might want to come back one day, not as a ghost, but as a living person to say hello!” […] Certainly! It might not happen next year because it would be too soon, “she told me. “People will wonder, “What is she doing? Leaving, returning, leaving, returning. Like, girl!’ But sure, why not in a few years?”

As mentioned, we know that Don Warrington will be returning as Commissioner Selwyn Patterson since he talked to Radio Times about when filming might begin.

Ralf Little also confirmed his return as DI Neville Parke following the season-11 finale, tweeting: “Thanks to everyone for watching @DeathInParadise series 11. It is a privilege to play Neville and lead this fantastic show, and it gives me great pleasure to confirm I’ll be returning to Saint Marie for series 12.”

He recently opened up about where his character might go in season 12, telling Hello!: “Be wary of the detectives being too happy, if they’re too happy there’s nowhere else for them to go… but it would be really lovely. One thing Tim Key, our exec, loves winds me up about is that he never wants Neville to look too cool.

“And I’m like, “Dude, come on!” I love doing exciting things on the weekends, like scuba diving, snorkeling, and jet skiing, all of which you can do in the Caribbean. So I’d suggest, ‘Maybe Neville could be on a jet ski?’ And Tim is like, “NO WAY!” It’s now a running joke that he’s crazy about making sure I never look cool.”

The recent return and promotion of Darlene Curtis (Ginny Holder) and Naomi Thomas (Shantol Jackson) make it very likely that they will be back for season 12. As is Tahj Miles as Officer Marlon Pryce and Elizabeth Bourgine as Catherine Bordey.

Well, it’s not going to be a “JoseVille” romance, but maybe Neville Parker will find love? Fans can also expect the usual shocking turn of events that the show is known for. Izzy, Neville’s sister, has come to Saint Marie to surprise him because she couldn’t get in touch with him.

Elizabeth has told Hello! that her character, Mayoress Catherine Bordey, and Izzy will have “an important storyline together this season.” It is not known how long she will stay.

There’s a chance that this juicy plot could continue into season 12!

Don’t think that Neville will get an easy time in season 12.

“Don’t let the detectives get too happy, because if they do, they won’t be able to go anywhere else… but it would be wonderful. Tim Key, our executive, loves to irritate me by saying that Neville should never look too cool “Little said (via Hello).

“And I’m like, “Dude, come on!” I love doing exciting things on the weekends, like scuba diving, snorkeling, and jet skiing, all of which you can do in the Caribbean. So I’d suggest, ‘Maybe Neville could be on a jet ski?’ And Tim is like, “NO WAY!” It’s now a running joke that he’s crazy about making sure I never look cool.”

“We’ve already talked about how lucky this guy is to live in paradise. He needs to go through some hard times. He hasn’t beaten them yet, because they still exist, but he’s on a subtle and lovely journey, and once he’s done that, it would be a no-brainer for him to fall in love with this charming, charismatic, smart, and beautiful woman.”

Fans can be happy that there will be the 12th season, but it will be a while before a trailer is out. But stay tuned to readersgazette, because we’ll let you know as soon as one comes out.