The first trailer for Demon Slayer season 3 has been released, giving viewers a fresh look at the antagonist who will be going up against Tanjiro, Inosuke, Zenitsu, and Nezuko. Interesting, huh? Given the prior performance of the show, the eagerly awaited anime’s upcoming season may also arrive within the next 12 months.

There has been no official announcement, but we may anticipate the release of Demon Slayer season 3 over the next 12 months, possibly in early to mid 2023. We had anticipated that Fall 2022 would be a viable possibility, but in the COVID era, accomplishing that so quickly seems unfeasible. If so, a release in the winter or spring of 2023 (from January to April) or the fall of 2023 (from September to October) might all be planned.

Having said that, Ufotable consistently produces high-quality work. Fall 2019 saw the release of Demon Slayer, and Fall 2020 saw Mugen Train make its way into Japan. In the fall of 2021, television’s Mugen Train recap storyline for Demon Slayer premiered. Demon Slayer’s trend of uninterrupted Fall premieres could end, but if anyone is capable of doing the unthinkable, it’s Ufotable.

Although there is some footage in the new video, which shows how well production has been progressing, there is still no release date in sight. Although Fall 2022 is a possibility, 2023 is currently the most likely date.

Demon Slayer Season 3 Cast: Who Are the New Characters and Demons?

Two characters from the series, the Mist Hashira Muichiro Tokito and the Love Hashira Mitsuri Kanoji, are joining them. Future seasons should also see more members of the Hashiras and the Twelve Upper Moons/Twelve Kibuki. A recent official sketch of the antagonist One Upper Moon, Doma, who is anticipated to make an appearance in Demon Slayer season 3, has been made public.

The film will be directed by Haruo Satozaki, while Akira Matsushima will create the characters.

Knowing what we do now, we can say that Demon Slayer’s third season will be adapting to the next significant arc after the Entertainment District Arc. That arc is the Swordsmith Village Arc, which transitions into the Final Battle Arc along with the shorter Hashira Training Arc. We can finally offer the Swordsmith Village storyline to you because we know what the third season will focus on. Here is a quick summary of each.

To pick up his new Nichirin Blade, Tanjiro Kamado was dispatched to the Swordsmith Village. He runs into Mitsuri Kanroji and Genya Shinazugawa there. While strolling around the hamlet, Tanjiro comes into Muichiro Tokito who is requesting a key to give Kotetsu. The key would enable Yoriichi Zeroroshiki, a rare Nichirin Blade-holding ancient doll, to be launched.

Muichiro fractures one of the doll’s six arms while practicing with her. Kotetsu flees, distraught at the idea that he won’t be able to mend the doll and follow in his father’s footsteps as a craftsman. Tanjiro locates him and offers assistance. Kotetsu then asks Tanjiro to grow stronger than “that darn indifferent bastard” when he arrives at the broken doll.

Training with the combat doll begins, which is hard and brutal. Tanjiro continues to hit the doll after seven days, and after acquiring the capacity to smell the enemy’s movements through smell, the following day he lops off Yoriichi Zeroshiki’s head. The heroes discover a vintage Nichiren sword within the doll, which Hotaru Haganezuka takes to be polished and mended.

Both the fifth and fourth upper moons assault the village. Hantengu approaches them as a fight breaks out, just as Tanjiro Kamado and Muichiro Tokito are having the chat that would eventually have an impact on Muichiro Tokito. Genya Shinazugawa and Nezuko Kamado had a connection to this conflict. After being expelled from the combat, Muichiro runs upon Gyokko, who is about to murder Haganezuku but stops him by interrupting his polishing.

By surpassing himself, Muichiro awakens a mark that resembles a mist and vanquishes Gyokko. In the meantime, Matsuri Kanroji joins the conflict with Hantengu and also gets a heart-shaped mark. Tanjiro wields his brand-new, imperfectly polished blade to pursue the actual body of the fourth moon. The fourth and fifth Kizuki is vanquished, Nezuko Kamado triumphs over her demonic abilities, and the sun’s rays no longer injure her.

Recently, the first Demon Slayer season 3 trailer was released. Unfortunately, it largely consists of a review of previous events.

However, there are a few hints of brand-new material: the sizzle reel shows the Love and Mist Hashira separately, and the Swordsmith Village is where a brand-new blade (later used by Tanjiro) is being made. You may see it in its entirety above.

Demon Slayer Season 3 Story: What Is the Swordsmith Village Arc?

Officially, the Swordsmith Village Arc is the third season of Demon Slayer. We won’t discuss the source material here but be assured that it will likely span chapters 100 to 127 of the manga. Given that the Entertainment District Arc covered a comparable age range of 70 to 99, this season will probably consist of 12 episodes, give or take a few.

It should involve Tanjiro going to Swordsmith Village to obtain a new sword, barring any significant changes. As luck would have it, there is an old weapon in the village. However, the story involving the Love and Mist Hashiras, as well as perhaps a few demons, is not entirely simple. 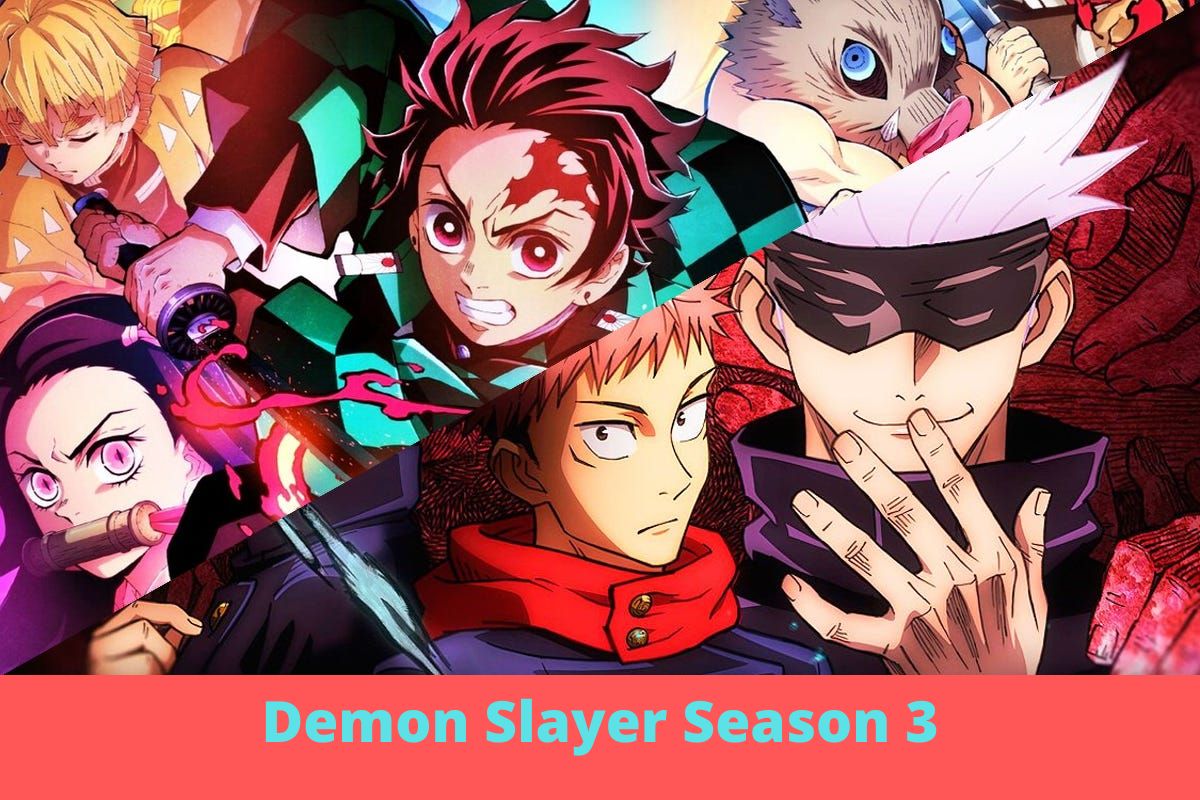 In a broader sense, the Entertainment District finale also hinted at the likely direction the series will follow after Demon Slayer season 3. Tengen isn’t on the board anymore, yet he’s still very much alive. He informed Iguro that Tanjiro should most likely take over for Hahira. The Demon Slayers can then finally retaliate against Muzan Kibutsuji, their ultimate goal.

Where to Stream Demon Slayer

The latest film contains some footage that demonstrates how nicely work has been going, but a release date is still not in the cards. While fall 2022 is a possibility, the most likely date, for now, is 2023.

Until then, visit readersgazette.com to acquire the most recent updates and remain up to date on the latest news.