The terrifying supernatural series Evil, available only on Paramount+, is one of the greatest. Season three of this psychological horror series will premiere on June 12. The first full-length trailer for Season 3 has just been released by Paramount, and it promises even more sexually fuelled demonic craziness.

Season 3 begins immediately following the conclusion of the previous season, and the teaser is filled with famous moments from the previous two seasons. The unsettling visuals, the frightful acting, and the fear-inspiring direction are all back to terrorize their audience once more.

The unsettling views of numerous creatures have no clear context, but nothing is ever as it seems in Evil. Demons are depicted in various states of undress: disrupting weddings, having sex, and even exercising on an elliptical machine. Once again, this series manages to walk a fine line between brutality, gothic horror, and absurdity. This show’s combination of wit and suspense has made it a standout.

When it comes to narrative details, the teaser doesn’t give us a lot to go on, but we do know that David (Mike Colter) and Kristen (Katja Herbers) will once again be the main focus of Season 3.

Several sensual interactions between the two main characters are seen in the trailer, which blurs the boundary between reality and a horrific dream.

“The two not only have to traverse this complex new world but contend with David’s participation with ‘the entity,’ an espionage squad within the Catholic Church,” the Season 3 synopsis reads. “As the cases pile up, Ben (Asif Mandvi) is at a loss and turns to his sister for support.”

The clip also suggests that Andy (Patrick Brammall), Kristen’s husband, will play a larger part this season. Kristen’s mother Sheryl (Christine Lahti) is seen engaging with what appears to be a demon in the new footage, and he walks in on the action.

Now that Kristen has had many affairs in the series, it will be interesting to watch how the production handles Andy’s plotline. That’s not all: Michael Emerson’s Leland (Michael Emerson), the most gloriously hilarious villain on television, is looking to continue his mission as the most depraved character on television.

Season 3 also received two new posters featuring our trio of detectives divided, in addition to the trailer. On one poster, Kristen and David are seen together, whereas Ben is depicted by himself.

Season 3’s narrative also suggests that Ben’s psychological issues as a skeptic began last season, so this could be a hint. Ben appears to be a prime target this season due to Kristen and David’s focus on their relationship issues. In addition, the posters’ black, white, and red color scheme adds to this potential.
Season 2’s enigmas have been unraveled, and on June 12th, 2022, Evil lovers will be able to return to the craziness once again. The third season of the show will only include 10 episodes, down from the previous two seasons’ 13 each.

However, thus far, this horror series has been excellent. There’s little doubt we’ll be in for a scary, spooky season from the appearance of this new video. 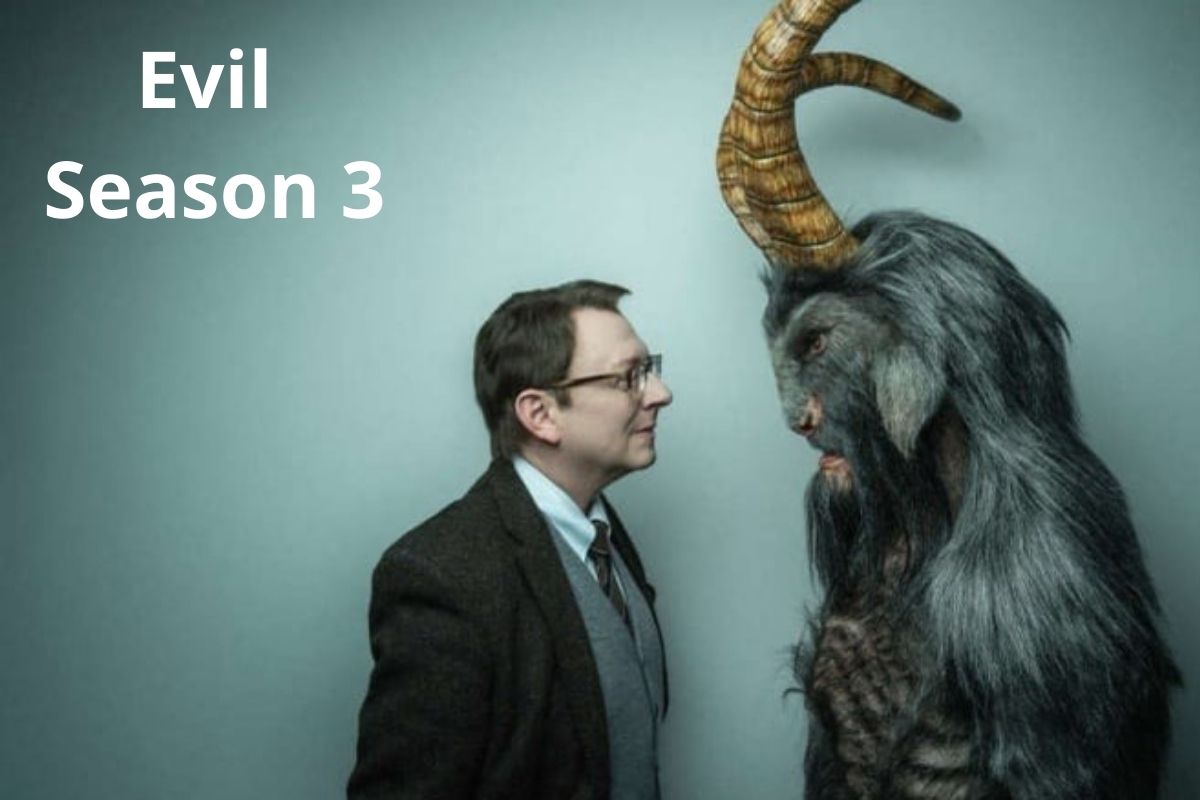 As if Evil were a modern-day X-Files, it has explored the origins of the malevolent universe in compellingly haunting ways.

With its focus on both the horrors of modern religion and the old cliches of the genre, this series has concocted a fascinating concoction that is sure to keep you hooked.