Season 3 of Fortnite’s Chapter 3 is almost here. From what the game’s files show, Season 2 will end after just 11 weeks. This is a few weeks shorter than most recent seasons, which have lasted between 12 and 14 weeks. That means there will soon be a brand-new battle pass, a redesigned map, a new pool of loot, and more. What do we know about the next season of Fortnite? A lot, though most of it comes from leaks and rumors, even if they are true. So far, this is everything we know about Fortnite Chapter 3, Season 3.

Epic hasn’t officially announced when Season 3 of Fortnite will start, but, as always, we can figure out when it will come. In-game, you can look at the battle pass menu, which always shows the active dates for the current battle pass in small font at the bottom of the screen. You can expect that the battle pass will end on the last day of the season. In this case, that is Friday, June 3. That means that Chapter 3, Season 3 of Fortnite is likely to start on June 4.

There are some caveats regarding this expectation, however. For one, the end of a season is liable to change at any time, as we saw several times in 2020 as Epic Games adapted to the new work-from-home workflow amid the COVID-19 pandemic. Until Epic says otherwise officially, the door is at least cracked open a little for the possibility that the end date could move.

The other possibility is that there’s some extended downtime between seasons. Downtime exceeding a day or less is normally reserved for new chapters, not new seasons, but if the story or technical reasons call for it, we could see Fortnite Season 2 go offline on June 3 and not have a new season to jump into right away the next day. Recent seasons of Fortnite have ended on Saturdays and launched on Sundays, so already this next season seems to be launching on a new day of the week, though perhaps an even better one for the millions of players who’d rather not be worried about school or work the next day.

Some good leaks say that the next battle pass will be a big one. It’s been years since a Fortnite battle pass didn’t include at least one licensed character, and Season 3 looks like it will keep that trend going with Darth Vader, who has been one of the most requested characters so far.

The trustworthy Tabor Hill aka TaborTimeYT says that the Star Wars Sith lord will be in Season 3. He also said that Indiana Jones will be in the game as well. Even though Hill didn’t say for sure that either or both of these characters would be in the battle pass (they could just be sold in the Item Shop), and given that Fortnite’s battle pass tends to include licensed characters, we’re willing to bet that at least one of them will be unlocked with the Season 3 battle pass.

Along with some of these possibilities, it’s most likely that the battle pass will have a few original characters made by Epic. These kinds of characters are in almost all battle passes, with the only exception being the all-Marvel Chapter 2, Season 4 battle pass. With old favorites like Peely, Jules, and Fabio Sparklemane showing what the Fortnite art team can do, it’s always exciting to meet some brand-new heroes (and villains) in the Fortnite universe at the start of each new season. 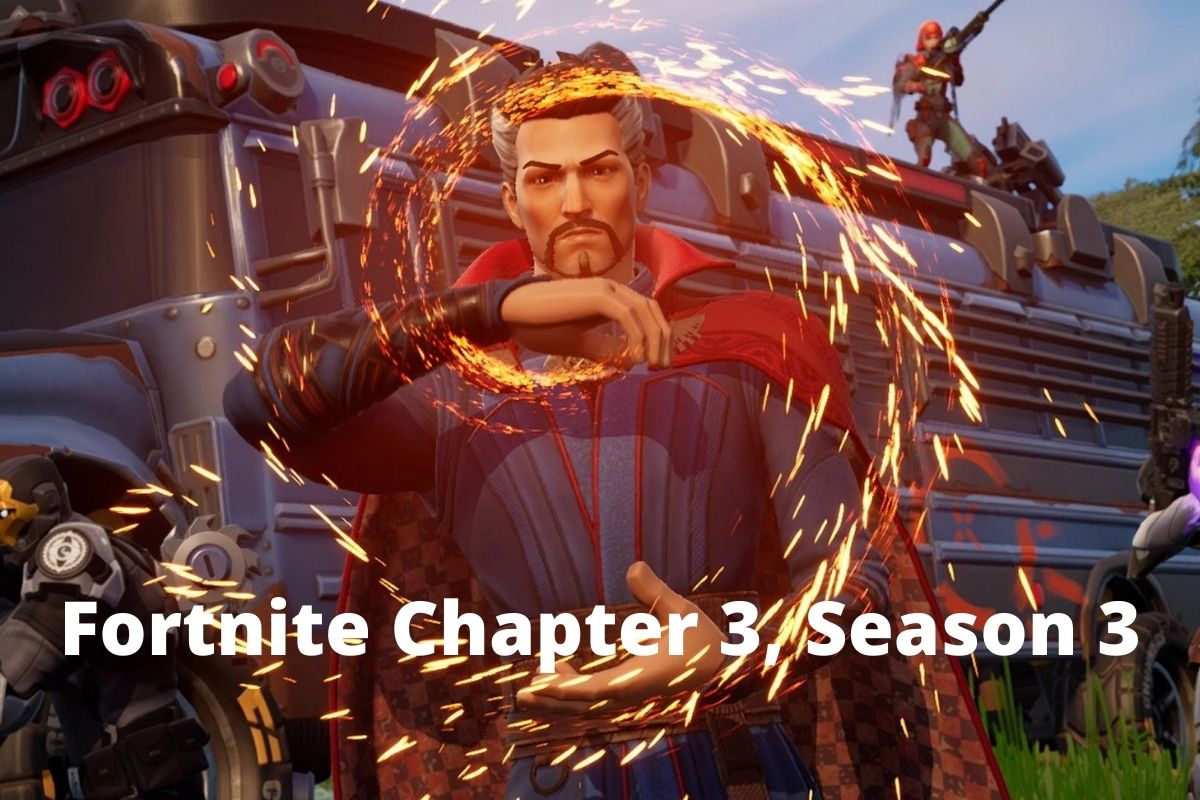 Reliable data miners have found a finale event in the game files, which confirms as much as we can without hearing from Epic that another major cinematic event is on the way. This time, it’s likely to be about the Collider, also called the IO’s Doomsday Device. It’s north of Tilted Towers and shoots out strange energy beams a few times a week.

The Resistance and The Seven have been driving the Io out of every corner of the map for weeks now. We know from leaks that the Io will eventually be pushed into a small area of the map, which could make them act like a caged animal with its back against the wall. If the IO could use this Doomsday Device, what would it do? What’s more, how can The Seven turn it off before it’s too late? All of these questions sound like great things to talk about at the end of Season 2.

Every new season adds new landmarks and map locations, and this huge particle collider on the map for Season 3 makes it look like the island will change again. We’re sure to hear more about Fortnite Chapter 3, Season 3 as time goes on, and when we do, we’ll make sure to keep this page up to date. Get ready, because the island is about to fall into chaos again.