Over 1 million concurrent users have already played Lost Ark since its debut on Steam just one week ago, propelling it to the top of all-time Steam usage rankings.

Lost Ark is a Korean MMO created by Smilegate RPG and released in Korea in 2018 before being translated into English and made available in the West through a partnership with Amazon Games.

Even though it’s only been available in the US and Europe for a short time, it has over 200,000 viewers on Twitch right now and has overtaken games like Dota 2, CS: GO, and PUBG in all-time concurrent players on Steam.

What’s so special about a Lost Ark? To find out whether or not this new gaming craze would become my new fixation, I spent a week exploring it. Lost Ark is a Diablo-style free-to-play MMO.

It’s a free-to-play action RPG with all the cultural perks of a free-to-play MMO, such as grossly underdressed female models and a game chat full of spam from gold farmers. Lost Ark is a lighthearted diversion that won’t make you feel stupid for having too much fun with it.

I’m generally pleased with the character-creation options. If you want to be more than simply a few colors of black, you can use the rainbow color wheel and the many sliders available to customize your character’s appearance.

Lost Ark also recognizes that ethnic hairstyles go far beyond dreadlocks and afros, yet it only has a few options for people with kinky hair, like myself. You choose your class before you can customize your character, therefore it’s odd that some classes in Lost Ark are only available to one gender.

To play as a warrior or a wizard, I am forced to play as a male or a female character, respectively. After selecting your core class, you must immediately select one of several specific subclasses within that class. I chose the sorcerer subclass of the mage job because I wanted to play as a lady, however, I was disappointed with her powers.

So I made a berserker warrior out of necessity after my previous characters fell flat, and I haven’t looked back.

Combat is a pleasant experience. In dungeons where adversaries outnumber you 20 to 1, you’re offered a variety of abilities that can be chained together to unleash deadly combos.

Sword-wielding goblins love the rush of slaying a horde of trolls with a single swing of their sword. It’s equally enjoyable to whirl around and annihilate the foolish foes who dare to stand in my path. The most difficult part of combat in Lost Ark is ensuring that your powers hit your adversaries.

As a result of moving with the mouse, you’ll often find yourself facing the opposite direction, causing your attacks to harmlessly bounce into the air. When it comes to discovering the weaknesses of your opponents and exploiting them to your advantage, I haven’t come across any mechanics that I know of.

Bosses aren’t very difficult to work with. Damage sponges with several health bars are all I’ve seen so far. Combat in Lost Ark is a simple point-and-click affair that doesn’t get much more difficult than that.

To keep track of everything, the game presents you with a bewildering array of systems and bars. On each server, there is a roster bar that monitors all your characters and grants little health and strength bonuses as it advances in level.

As you journey, you’ll be able to pick up a wide variety of objects. In addition to standard treasures like armor, weapons, and potions, you can also find tale items that have no value other than being added to your notebook by right-clicking on them.

I’m not always sure what Lost Ark is trying to tell me. The game doesn’t make it feel like you’re missing out on too much by not reading the tooltips too closely.

Numerous mechanics can be skipped. Using gifts or simply emoting at NPCs, you can build rapport with them and enhance the amount of affection they have for you. At first, the idea of developing a romantic relationship with an NPC delighted me, but it turns out that rapport is just another meter I need to fill up to get better rewards. Bummer.

When it comes to the story, it’s as straightforward as a battle. As an adventurer, you’ve arrived in a strange area in search of the titular lost ark object of power, which will allow you to defeat an army of demons. Even though I know the truth, I’m not interested in learning more about it.

Because Lost Ark doesn’t feel like a game that one plays for the story, you’re probably not going to care about the story either. Your opponents burst in all kinds of brain-pleasing ways in this clickfest. And it’s fine! There are times when the body simply craves a game to keep it occupied.

That’s no problem with Lost Ark. After the fourth task of “speak to this person, then click this object exactly next to them, then talk to them again, then click the thing again,” I decided to give up and stop playing the game. When I stopped trying, I had a much better time.

Instead, I let the third season of Downton Abbey play on my second monitor while I clicked my way through dungeons and quests. 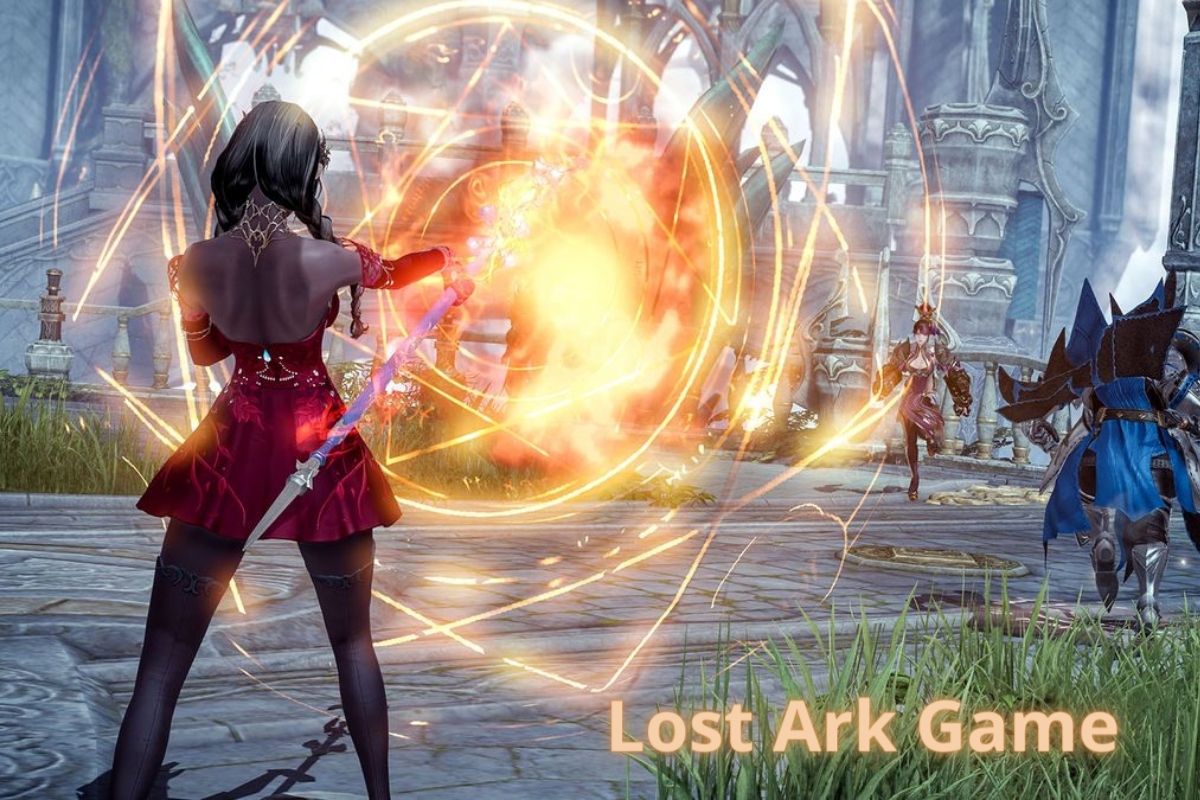 A possible explanation for Lost Ark’s meteoric ascent is that it fills the void left by Diablo IV’s impending release date. However, New World (another Amazon-published game) is still going strong despite its post-launch problems, so I’d be surprised if this one doesn’t do the same.