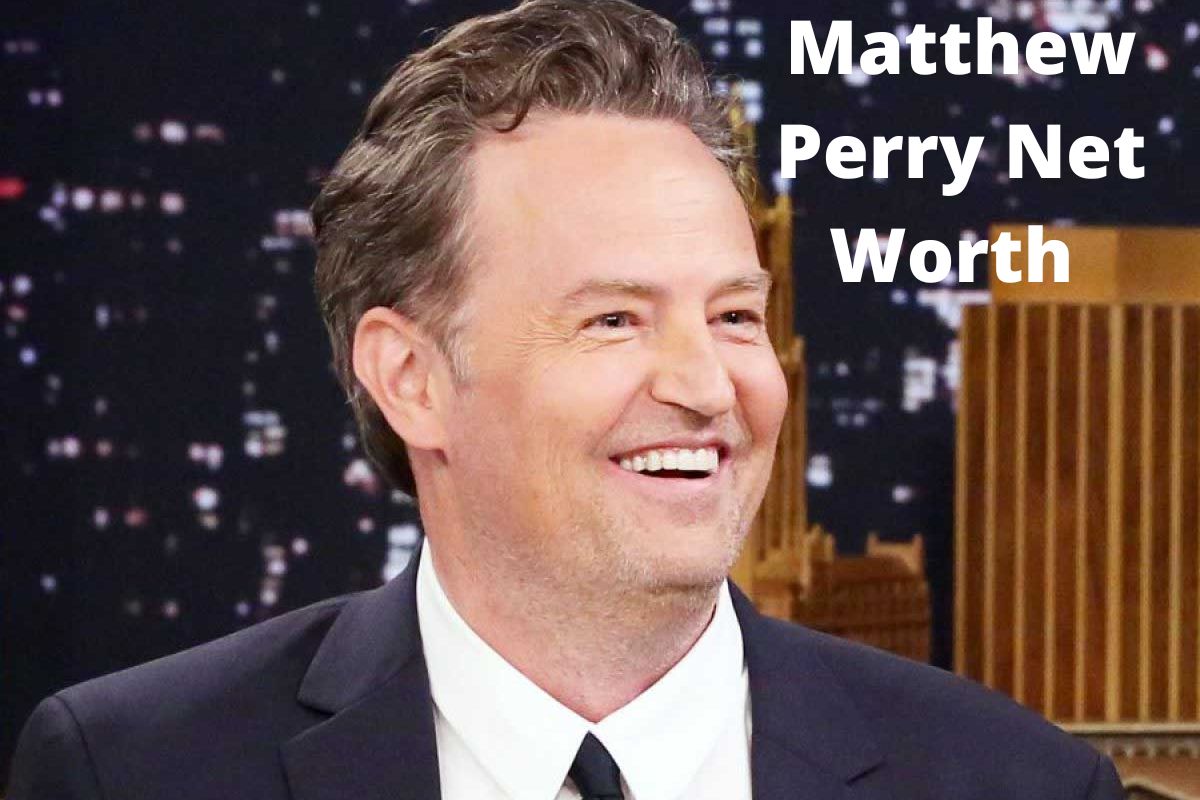 Matthew Perry is an actor, executive producer, and comedian who is both American and Canadian. He is best known for playing Chandler Bing on Friends, an NBC sitcom that ran from 1994 to 2004. Due to how popular the show was, Perry and the other five people in the main cast each made $1 million per episode by 2002.

Perry was also in several movies, such as Fools Rush In, Almost Heroes, The Whole Nine Yards, and 17 Again. He was also in the short-lived TV show Studio 60 on the Sunset Strip. In 2010, he added voice-over work to his list of jobs when he did the voice of Benny in the video game Fallout: New Vegas.

Perry was a co-creator, co-writer, executive producer, and star of the ABC sitcom Mr. Sunshine, which ran from February to April 2011. Perry started playing sportscaster Ryan King on the NBC sitcom Go On in August 2012. The last episode of the show aired on May 10, 2013. From 2015 to 2017, Perry played Oscar Madison on the CBS sitcom The Odd Couple. He co-created and starred in the show.

Matthew Langford Perry was born on August 19, 1969, in Williamstown, Massachusetts, which is in the United States. He is 52 years old. His mother, Suzanne Marie Morrison, is a Canadian journalist who used to work for Pierre Trudeau as his press secretary. John Bennett Perry, his father, is an American actor and used to be a model.

Before he turned one, his parents got a divorce, and his mother later married Canadian-born journalist Keith Morrison. He grew up in Ottawa, Ontario, with his mother, and he went to Ashbury College. As a child, he was very interested in lawn tennis and became one of the best junior players.

Perry moved from Ottawa to Los Angeles when he was 15 so he could try acting. He went to The Buckley School in Sherman Oaks and graduated in 1987. While he was still in high school, he went to the LA Connection in Sherman Oaks to try out improv comedy.

Then, on the TV show Second Chance, he played Chazz Russell. After 13 episodes, Second Chance changed its name to Boys Will Be Boys, and the stories then focused on Chazz and his friends’ adventures. Perry stayed in Los Angeles after the show’s one season and made his film debut in A Night in the Life of Jimmy Reardon in 1988. In 1989, Perry played Carol Seaver’s boyfriend “Sandy,” who died in the hospital after a drunk-driving accident, in three episodes of the show Growing Pains.

Perry was cast as a regular on the 1990 CBS sitcom Sydney, where he played the younger brother of Valerie Bertinelli’s character, Sydney. This was in the middle of his many guest roles on TV. In 1991, he played Roger Azarian in an episode of Beverly Hills, 90210. Perry’s next TV lead role was on the ABC sitcom Home Free, which ran for only 11 episodes in the spring of 1993. After that, he starred in a pilot for a sitcom called LAX 2194.

He tried to get an audition for Marta Kauffman and David Crane’s pilot Six of One, which became Friends. He had worked with both of them on the show Dream On. But, because he had already made plans for the pilot LAX 2194, he wasn’t at first considered for an audition. When he finally got a chance to read, he was cast as Chandler Bing.

Friends was a huge hit, and Perry and his co-stars became famous all over the world. This was something Perry had wanted for a long time. “I wanted to be famous so badly that steam was coming out of my ears,” he told The New York Times in 2002. “You want attention, money, and the best seat in the restaurant,” he said.

In 2002, he and Matt LeBlanc were nominated for an Emmy for Outstanding Lead Actor in a Comedy Series for their work on the show. However, Ray Romano beat them both. Perry was in movies like Fools Rush In with his father John Bennett Perry and Salma Hayek, Almost Heroes, Three to Tango, The Whole Nine Yards (with Bruce Willis), and its sequel The Whole Ten Yards, and Serving Sara.

Perry is best known for his comedic roles, but he has also made a name for himself in drama, especially through his role as Associate White House Counsel Joe Quincy in Aaron Sorkin’s The West Wing. He was in that show three times, twice in the fourth season and once in the fifth. In 2003 and 2004, he was nominated for an Emmy for Outstanding Guest Actor in a Drama Series. Perry is talked about on the show before he shows up as a guest. In the episode “20 Hours in LA,” Donna Moss looks for him off-screen. Near the end of Ally McBeal’s five-season run, he also played attorney Todd Merrick in two episodes, including a two-hour special that was meant to bring the legal comedy-drama back to life.

Perry’s first time directing was in an episode of the fourth season of the American comedy-drama Scrubs, in which he also played a guest role as “Murray Marks,” a member of a small airport’s traffic control team. This was after Friends ended. Murray’s father Gregory (who is played by Perry’s real father) asks him to give him a kidney.

The Ron Clark Story, also called “The Triumph,” was the first TNT movie he was in. It came out on August 13, 2006. Perry played Ron Clark, a teacher from a small town who moves to the most difficult class in the country. Perry was nominated for both a Golden Globe and an Emmy for his performance.

From 2006 to 2007, Perry played a role in the drama Studio 60 on the Sunset Strip, which was written by Aaron Sorkin. Perry played Matt Albie, and Bradley Whitford played Danny Tripp. They were a pair of writers and directors brought in to save a sketch show that was going downhill. People thought that Sorkin’s own experiences, especially in television, were a big part of Perry’s character. 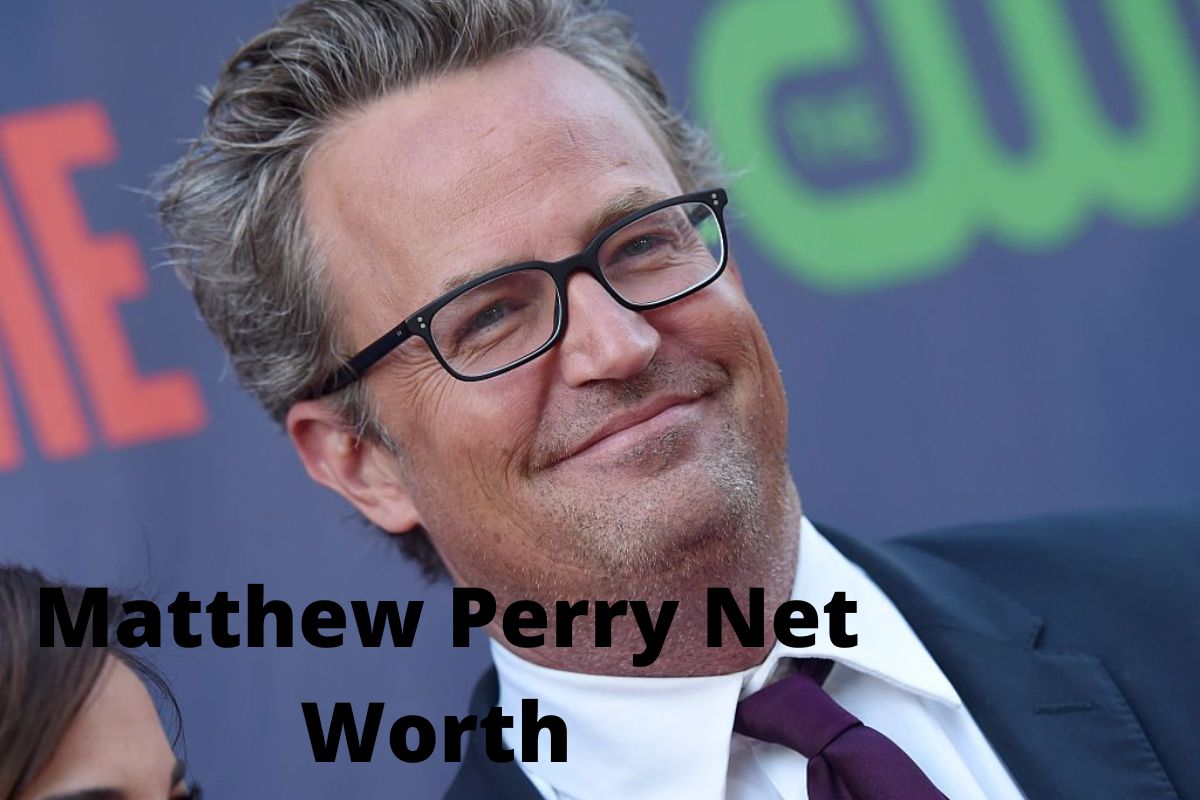 In 2006, he began making the movie Numb, which is about a man with depersonalization disorder. The tentative date for the movie’s release was pushed back more than once, but it finally came out on DVD on May 13, 2008. In London, he was also in David Mamet’s play Sexual Perversity in Chicago. In 2009, he played an older Mike O’Donnell in the movie 17 Again.

In the weird movie Birds of America, which came out in 2008, Perry played Morrie Tanager, a strict man who has to deal with his siblings. Showtime didn’t pick up a pilot called “The End of Steve.” It was a dark comedy that Perry and Peter Tolan wrote, starred in, and made.

ABC bought Mr. Sunshine, Perry’s new comedy pilot based on his original idea for the show. Perry was going to play a middle-aged man who was having trouble finding himself. After nine episodes, ABC ended the show.

On March 1, 2012, it was reported that Perry had agreed to star in the NBC comedy pilot Go On, which was written and produced by Scott Silveri, who also wrote and produced Friends. In May 2012, the project was picked up for a full season. Perry played Ryan King, a sportscaster who goes to mandatory therapy sessions to get over the death of his wife.

Perry played lawyer Mike Kristeva in an episode of the CBS show The Good Wife in 2012. In 2013, he played the same part again in the show’s fourth season.

Perry’s first show on British TV was a one-time comedy called The Dog Thrower, which aired on Sky Arts’ Playhouse Presents on May 1, 2014. Perry played “a charismatic man” who made people fall in love with him by throwing his dog in the air. From 2015 to 2017, Perry was in a new version of The Odd Couple on CBS. He also co-wrote the script and was the show’s executive producer. Felix Unger was played by Thomas Lennon, and Oscar Madison was played by Perry.

He was in Texas filming Serving Sara when he got terrible stomach pains. He flew to Los Angeles and went to the Daniel Freeman Hospital in Marina del Rey. Lisa Kasteler, Perry’s publicist, confirmed that he did go to rehab. Perry later said that he doesn’t remember three years of his time on Friends because of his drug problems, which happened “somewhere between seasons three and six.”

In 2011, Perry went to Capitol Hill as a famous spokesperson for the National Association of Drug Court Professionals to try to get Congress to fund drug courts.

In May 2013, the White House Office of National Drug Control Policy gave Perry a Champion of Recovery award for opening Perry House, a sober living home in his old Malibu, California, mansion. In 2015, Perry sold the house and closed the rehab center.

In August 2018, it was said that Perry had surgery on his stomach to fix a hole in his intestines. In a tweet on September 15, 2018, he said that he had been in the hospital for three months to get better. This means that the surgery happened in June 2018.

Right now, Matthew Perry is not with anyone. But in 1995, he dated Yasmine Bleeth, and from 1995 to 1996, he dated Julia Roberts. Perry had to write a paper about quantum physics and send it to Roberts before she could be on Friends. Later, from 2006 to 2012, he was with Lizzy Caplan. Willy Morrison, Mia Perry, Emily Morrison, Caitlin Morrison, and Madeleine Morrison are Perry’s five children.

In November 2020, he got engaged to Molly Hurwitz, a literary manager. It was said that they started dating in December 2019, after they spent Christmas together. Perry broke off the engagement in June 2021. He told People magazine, “Sometimes things just don’t work out, and this is one of those times. I hope Molly’s life goes well.”

What’s Matthew Perry’s net worth? As of 2022, it is thought that Matthew Perry’s net worth is around $130 million. His acting job is the main way he makes money. Perry’s successful career has given him a nice house and a few nice cars. He likes the Fallout video game series, though. He gave Ellen DeGeneres a copy of Fallout 3 on an episode of her show in 2009. Because of this, Obsidian Entertainment put him in Fallout: New Vegas, the next game in the series. Perry is both an American and a Canadian citizen.