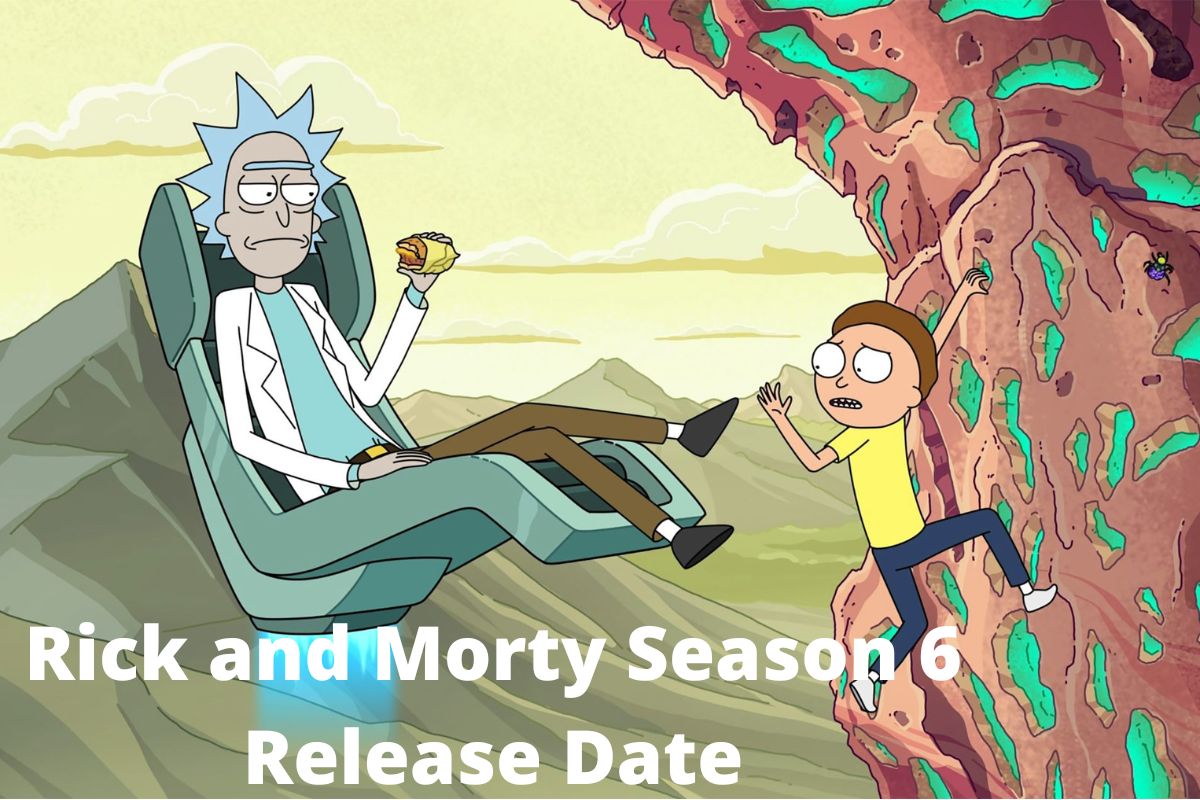 Fans of Rick and Morty are living in an exciting time. Not only is there going to be an anime spin-off, but season 6 of Rick and Morty is just around the corner. We hope. Officially, there hasn’t been much talk about the new Rick and Morty season or when it might come out, but we’ve done some digging and found some quotes that make it sound like the wait for Rick and Morty to come back should be almost over. We’ve also added some of our ideas about what could happen next, especially after the shocking end of season 5’s finale, which shook up the whole universe.

We’ve put together everything there is to know about Rick and Morty season 6, from who’s in the cast to updates on the show’s production to a rundown of what’s happened so far and what the new episodes might be about. So, if you want to know everything about the new season of the popular animated show Rick and Morty, scroll down and read our complete guide. Let’s get schwifty!

Let’s hope so. We can’t say how COVID and other things will affect production, but we do know that season 6 of Rick and Morty is well on its way to being written, if not already done.

Dan Harmon told people at Adult Swim Con in 2020 that work on seasons six and seven had begun. Harmon said at the time, “We have all these writers out to write season 6, and we’ve spent the last couple of months talking about season 6 with new writers.”

“It’s crazy to be in this situation because this show is known for making everyone late. Since the beginning, the artists have been waiting for scripts. Now, we’re finally trying to change the rules of the game so that they always have something to draw while we move forward. So now we are there.” 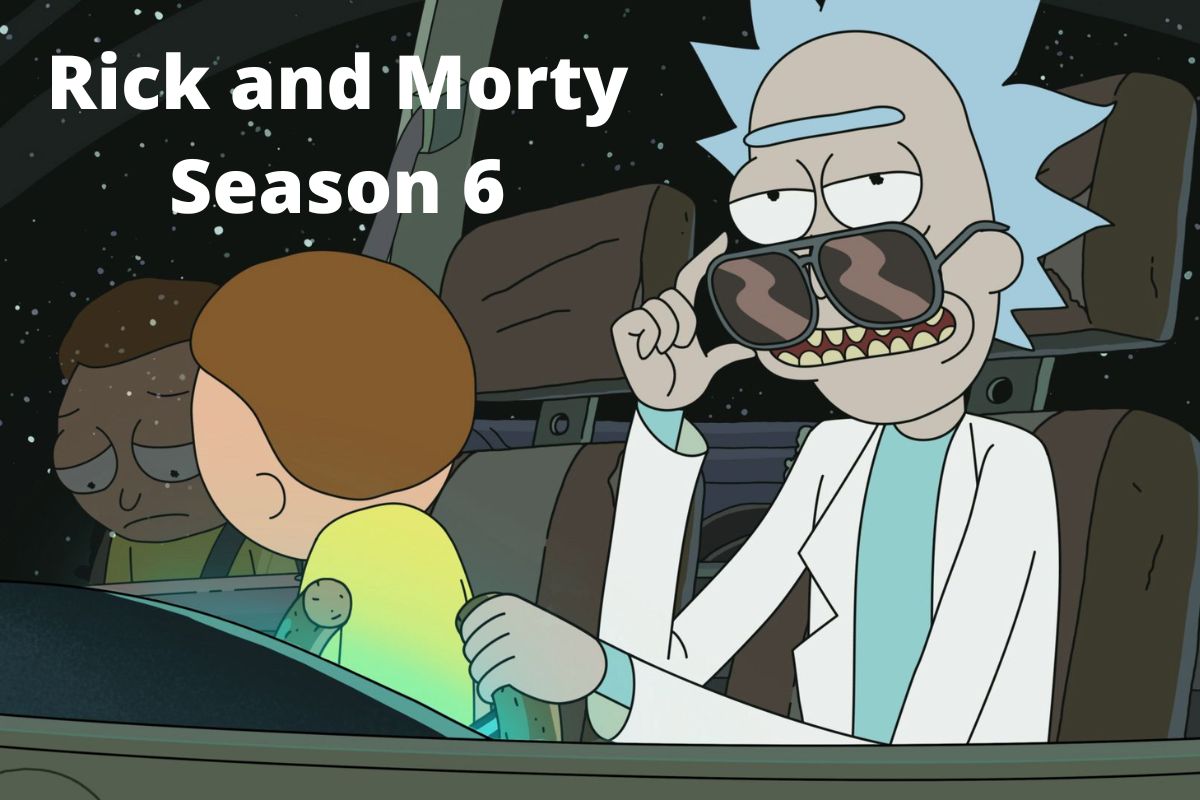 In August 2021, the show’s writer, Cody Ziglar, tweeted that season seven was done. This meant that at least part of Rick and Morty season six was already done.

During the Interdimensional RSS podcast (via ComicBook.com), producer Scott Marder even talked about how season six is coming along. He said, “Right now, we’re almost done writing season 7. We’ve got the show going, but that just means that season 6 is animating and everything is in the process.”

All of this backs up what Jerry’s voice actor, Chris Parnell, told us in 2020: “There will be less time between seasons,” Parnell said.

Using the last two seasons as a guide, the sixth season is likely to come out in the middle or end of 2022. This is because the process is moving faster than in previous years. Most likely, the big return will happen between September and November. The show is getting closer to a steady rhythm, and thanks to the Adult Swim order, it won’t be more than a year before we see it again. With the confirmation that Rick and Morty will have a panel at Adult Swim’s Block Party in August (thanks to ComicBook.com), a release date or the show’s return could be just a few months away.

In recent years, the show has started to use guest stars more often. Over the last two seasons, people like Elon Musk, Taika Waititi, and Steve Buscemi have been on the show. We can expect the same level of quality in season 6 of Rick and Morty, which hasn’t been announced as of this writing.

We’re also still waiting for Dan Harmon to fully honor Community, the cult comedy he made before this one. With a few exceptions, almost all of the main characters from Greendale’s study group have appeared in Rick and Morty.

Alison Brie, Gillian Jacobs, Jim Rash, and Joel McHale have all been in the series. Yvette Nicole Brown and Danny Pudi might not be too far behind, but it might be harder to get Donald Glover.

The last episode of each season of Rick and Morty usually shakes things up. In past years, the show has introduced Space Beth, killed off Birdperson, and put Rick in space jail. Season five somehow topped all of that, and it could be setting up a sixth season that is either crazier or calmer. It shows how crazy the show’s premise is that either of those things could happen.

Need to review? Evil Morty blew up The Citadel and destroyed the Central Finite Curve at the end of Season 5. Rick used this new thing to block off any realities and universes where Rick wasn’t the smartest person.

Not only has that been destroyed, but Evil Morty has also made it possible for there to be a universe where Rick isn’t in charge. What was he going to find there? It probably won’t go well, and “our” Rick and Morty probably won’t catch up to him any time soon.

Because Evil Morty’s master plan involved using portal fluid, there is a very real chance that Rick C-137 won’t be able to hop around the multiverse freely. This is true for all of the Ricks we’ve seen on the show.

The change adds a lot of finality to a show that often ignores logic and doesn’t care about real consequences. Rick might have to walk on eggshells for a long time to come because he doesn’t get a second chance this time.

On the other hand, Evil Morty is the exact opposite. Even though he probably won’t be the main focus of the next season, his adventures have a lot of room to grow now that we know that Rick’s portal-hopping antics in the last few seasons were blocked by the Central Finite Curve.

Advertisement
Or, since everything on the show is usually a joke about itself, everything will be back to normal by the second minute of the season six premiere.

We’ve said it before, and we’ll say it again: we’d love to see Rick and Morty add more canon to its stories. In the last season or so, we’ve learned more about Rick’s past, found out who Beth is, and seen Evil Morty’s master plan finally come to life.

All of these are things that the show needs to keep as it goes on. Rick is a very broken man with a lot of flaws who hurts everyone around him. Even though this is still a comedy, Rick and Morty are at their best when they can make you feel something along with the jokes.

After the end of Rick and Morty’s fifth season, we expect the show to be more careful with canon in the future. The focus should be on stand-alone episodes, and that’s what will happen, but it’s always possible to go back to that well if necessary.

We guess Mountain Dew doesn’t count as fluid for Rick’s portal gun, so their crazy adventures might also slow down a little bit. If they can’t move from one universe to another, Rick might have to keep things on Earth until they can move between universes again.

We wouldn’t say no to the return of fan favorites like Interdimensional Cable and Morty’s Mind-Blowers if they had to do with flicking through dimensions.

We probably won’t see a teaser for season 6 until later in 2022, since finalized content usually doesn’t come out until a few months before the show starts.

We saw an early animatic for the season 5 premiere more than a year before the episode aired, but we hope that it won’t be quite as long between the release of the trailer and the start of the season next year. The Adult Swim Festival, which usually happens in November, is our best chance to get a sneak peek at season 6, so we’ll be there.

We don’t know much about the plot of season six yet, but we hope that future episodes will be more like “Mortyplicity” and less like “Rickdependence Spray,” which is still maybe the dumbest Rick and Morty episode ever.

The end of Season 5 made it clear that things could go in this direction. Rick and Morty tend to focus more on the canon at the end of each season, but the end of season five was the first time the show focused so much on serialized storytelling.

Not only did “Rickmurai Jack” bring Evil Morty back, but it also showed Rick’s real past, which proved that another Rick did kill Rick’s wife and daughter. Some time ago, a flashback in Season 3 hinted at this, but now that we know it’s true, don’t be surprised if the show starts to show more canon in the future.