SPY x FAMILY Part 2: The absurd protagonists of the anime series SPY x FAMILY, the Forger family, are outlandish in every sense of the word, but that only made us love them more. The narrative of a slick superspy who must put up a fake family in order to get close to a target is told in the classy and amusing action-comedy series SPY x FAMILY. The superspy is unaware that the fake wife and daughter he has enlisted are an assassin and a telepath.

If it doesn’t pique your interest, we’re not sure what will. We were all left wanting more as the first half of season one came to an end at the end of June, despite the show’s screwball aesthetics already making it one of 2022’s breakout anime blockbusters. Fortunately, there won’t be much of a wait between SPY x FAMILY episodes for viewers. 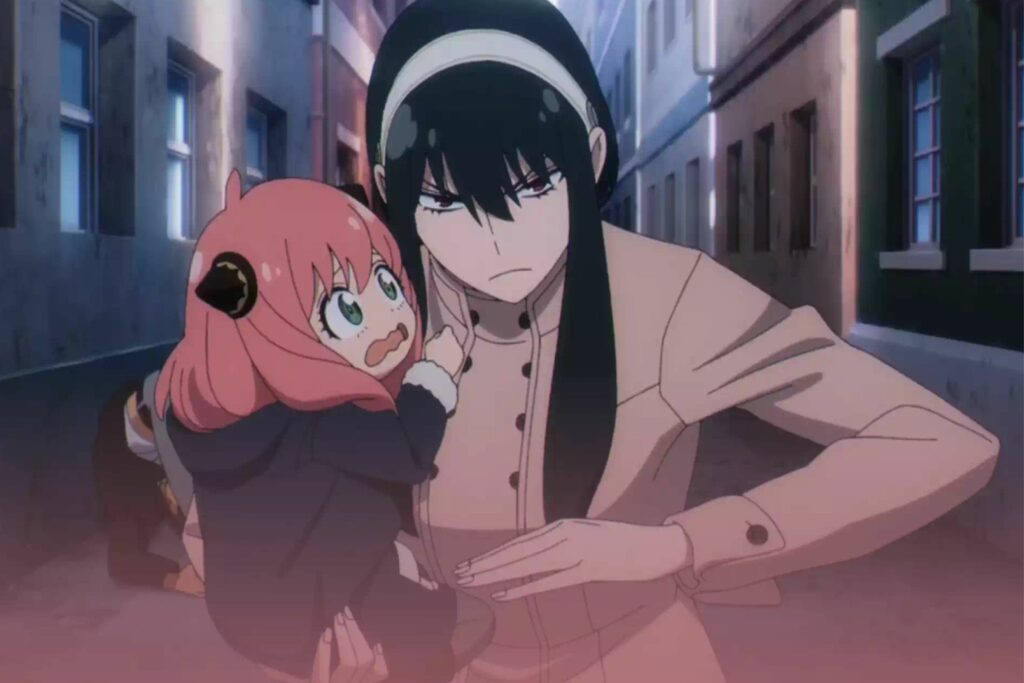 It’s important to bear in mind that the original manga is still being published, and SPY x FAMILY part one only covers three of the nine volumes that are now available (17 individual chapters for those keeping count). There is no reason to anticipate that the Forgers will say farewell permanently after the conclusion of part two if the second half covers a comparable amount of narrative, as there will still be plenty more tales to be told.

Much of the same amazing voice cast from SPY x FAMILY part one will return for this sequel, with talented English and Japanese actors bringing this cast of endearing characters to life. Furthermore, WIT Studios and CloverWorks will continue to collaborate on the production of the program (a seriously impressive collaboration).

Speaking to ComicBook.com at AnimeExpo in July 2022, Anya actress Megan Shipman offered some light on what makes her character so distinctive. She remarked, “I believe what people find so endearing about her, or what I found so endearing about her, is that she is a child that is genuinely a child. “She is not an ancient being living in a body that is only five years old. She truly is a child. And I believe that’s what makes her so endearing—that she writes as a child so expertly and that her mental process is that of a child.”

We expect the second half of SPY x FAMILY season one to cover a comparable amount of ground as the first half, which covered three volumes (17 chapters) of the manga. Therefore, if you simply must know what occurs next, there are a tonne of details available. Without giving too much away, Anya, Loid, and Yor encounter numerous difficulties in volumes four through six of the manga.

In SPY x FAMILY part two, Bond, the large white dog with enigmatic abilities we only met in the final seconds of part one, will be introduced to us and the Forgers. Additionally, Anya will take on increasingly challenging examinations at her esteemed school, and we’ll meet a new WISE agent who has feelings for Loid that go beyond work.

Loid Forger, also known as Twilight, an undercover snoop who is a master of disguises, is introduced to us in the first episode. Donovan Desmond, a man who imperils international harmony between the East and West, is the target of Loid’s enormous quest to bring him to justice. Loid is instructed to play out a phony household life, which involves finding a wife and having a child with her, in order to become closer to his target. Loid doesn’t object to these conditions because he is a man of duty.

In order to find a child, Loid visits an orphanage later in episode 1. He discovers Anya there, a brilliant youngster with the capacity to read minds. He is able to move closer to finding the intensely private Desmond with Anya by his side. He soon realizes, though, that he might have taken on too much while adopting Anya, who is highly problematic and frequently puts herself in danger. She is, thankfully, in capable hands.

After saving Anya from evildoers who were out to get our blonde spy, Loid makes an effort to cut ties with Anya in order to protect her. She doesn’t want to leave Loid’s side though because she knows how much he values her, even though he doesn’t express it, and this leads to the formation of a comical “family” that must pass for normal in order to defeat Desmond.

The SPY x FAMILY part two trailer is available right here! The first “task” the Forgers will encounter is hinted at in the trailer, which was released shortly after the season one conclusion. It gives us our first glimpse at two new characters as well as total girl boss Sylvia, who we didn’t get to see nearly enough of in season one.

The first is a suspected terrorist who is misbehaving, and the second is Bond, the Forger’s new Bond boy. Due to certain… peculiar talents, The Forger’s adorable puppy, who was teased during the SPY x FAMILY part one conclusion, is a favorite among manga lovers.